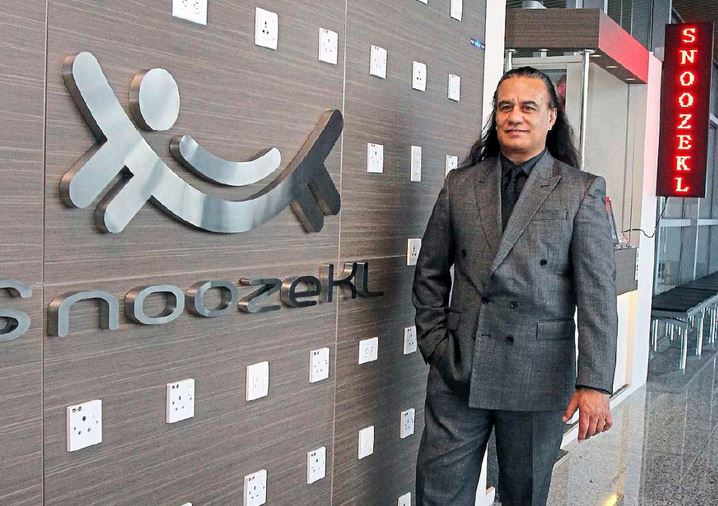 DON’T you just hate it when you have to take multiple flights, and your layover at the airport stretches for a long time. Worse if there are delays. Your much-needed sleep has eluded you on your first flight or you’ve arrived in the wee hours of the night and nothing much is open in the airport.

You try and make do with some uncomfortable seats, maybe sleep on the floor or splurge on a transit hotel room even though your transit may just be 10 or only three hours long. But you have to pay for a full or half day.

You’ll be glad to know that if that happens to you at Kuala Lumpur International Airport ( KLIA), you now have a more comfortable and quite affordable option. It’s called Snooze KL. It has 13 rooms, and each comes with a bunk bed, free WiFi ( faster than the airport’s), phone and laptop charging facilities, a room cooler, a desk and storage space for luggage. Recommended capacity of people per room is two adults and one child.

It gets better. The minimum stay time is one hour ( some airports require two hours) and the cost starts at RM35 per hour per person. That price changes if you share the room with someone else or if you book for more than an hour.

Snooze KL is the brainchild of Kiwi entrepreneur of Maori descent Wetini Mitai- Ngatai. He and his family have long been an operator of a traditional Maori village that is popular with tourists in Rotorua, New Zealand.

But more to the point the tall, imposing Maori with impressive long hair is also the co- founder of a similar concept in Dubai International Airport – Snoozecube.

There are differences between the one in KL and the one in Dubai, however.

“In Dubai, it’s more of a slide- in as it’s a smaller space while here, it is a walk- in. In Dubai, there is a TV and computer terminal but here we decided against having both as we thought a TV would be distracting and everyone brings their own laptops or smartphones anyway so if they wanted to while away their time, they could,” explains MitaiNgatai.

He is, however, confident that with additional signage and publicity, more transit travellers will become aware of the location. Mitai- Ngatai points out it can also be used by local travellers who, perhaps due to early flights, might want to be at the airport earlier.

If you’re wondering about toilets and showers – well, the toilets are very close by, namely the rest rooms at KLIA itself. Unfortunately, neither Snooze KL or KLIA itself has shower facilities for the general traveller.

Mitai- Ngatai points out that they take feedback from their customers seriously. Previously there was no water for drinking but now bottles of water are provided for free. Another customer felt the announcements from the PA system was rather loud so Snooze KL now supplies ear- plugs for use.

Don’t worry about dozing off and missing your flight. The staff will give you wake- up calls.

Travellers are encouraged to book online rather than walk in as there are only 13 units. It’s busiest during the night and early morning as there are more transit travellers then.

“We are happy with the response and are looking at expanding the Snooze KL concept to other airports here and internationally.”

And since not only those who fly need to sleep, he is also looking at bringing the concept to other transportation hubs – trains and buses, for example.

Rest assured, says Mitai- Ngatai, whichever the facility, a guest will become whanau ( extended family) and be treated as an honoured family guest or manuhiri.